PLANNING AND VISIBILITY: A MUST FOR NETWORK HEALTH-PART 1 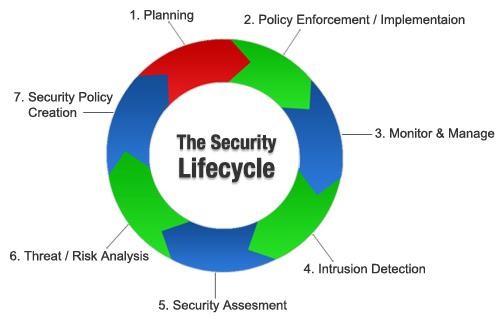 A huge finger is currently being shaken at IT, as a new study by Corero Network Security reveals that the majority of teams are not taking proper care of their networks. According to the study’s findings, most businesses fail to implement effective plans to mitigate the impact of a threat or attack, such as a Distributed Denial of Service (DDoS) attack. For those who don’t know, a network-centric DDoS attack can overload a service and leave a system significantly vulnerable as a result.

A number of variables can leave corporate networks exposed and at risk; however, one undeniable cause of this issue is a lack of network visibility. In fact, when survey respondents were asked about the effectiveness of their plans to prevent, detect and mitigate the damage of a cyber attack, 54 percent admitted to having outdated or non-existent network maps. In other words, they had no insight into problematic areas of their networks.

These kinds of conditions are of course risky for sustaining network health and for gaining full transparency into what is taking place within it. It’s enough to have any business owner paranoid, and that’s why a formal strategy is an absolute must.

While a bypass switch is a fail-safe option for preserving uptime, a formal strategy is what will provide seamless network visibility, ensuring that the precautionary measures are in place so that you’ll never have to get to the point of downtime at all. In fact, over half of IT security practitioners surveyed by IBM admitted that they lack a formal strategy to govern their network data. Make sure you’re in the good half.

In order to gain network visibility the infrastructure needs to support it by installing TAPs, Aggregation TAPs and bypass switches at main junctions within the network.  The Network Packet Broker fills a major roll by aggregating the network traffic, provided by the different TAP point and feeding the network monitoring tools with the right data.  Today network visibility vendors provide 1G, 10G and 40G TAPs while 100G is starting to be available.

But what should be included in your formal strategy? Check back for part two, where we’ll discuss how to build a foolproof strategy from the ground up.

Interface Masters Technologies has for over 20 years been providing off-the-shelf innovative network security solutions with customization services to OEMs, Fortune 100 and startup companies. Our headquarters are located in San Jose, California in the heart of Silicon Valley where we are proud to design and manufacture all of our products.  Based on MIPS, ARM, PowerPC and x86 processors, Interface Masters appliance models enable OEMs to significantly reduce time-to-market with reliable, pre-tested and pre-integrated networking solutions that can meet the most challenging security requirements.

Join our newsletter to get the latest blogs, updates and special offers delivered directly in your inbox.

Cybersecurity and Hyperautomation: The ...

5G and Beyond – Stout Network Security ...